WELCOME TO THE HOME OF MADNESS 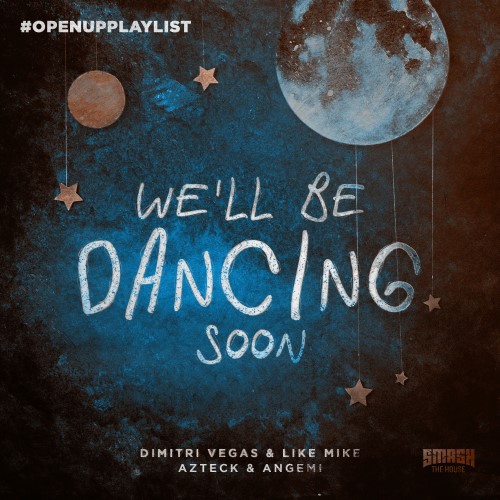 Dimitri Vegas & Like Mike’s path from celebrated DJs to dominating the global electronic music scene has been on a constant, upward trajectory leading them to once again become the World toppling No.1 DJs. Having won the 2019 edition DJ Mag’s Top 100 DJs poll the pioneering duo return to the top spot following their debut back in 2015, that saw them become the first ever duo to win the No.1 DJ’s crown.

Their unique live shows have propelled them into global stars and enabled them to become two of the most prominent dance music figures of the modern era. The anointed ‘King of Tomorrowland’ have set the world stage on fire with countless headline performances for festivals such as EDC Las Vegas, EXIT festival, Parookaville, UNTOLD, Sensation and Creamfields. As well as led to the duo becoming a fixture on stages normally reserved for pop and rock stars, of which have included the UEFA Champions League Final in Madrid and Lollapalooza South America.

Netting the #1 spot in their native Belgium and going platinum with ‘The Hum’, their magic touch was repeated as their Ne-Yo collaboration ‘Higher Place’ spent 10 weeks atop of the Belgian singles chart and secured the #1 Billboard Dance Chart spot. This placing reoccurred with the release of their Diplo collaboration ‘Hey Baby’ and more recently the unstoppable duo saw their single ‘Selfish’ (feat. Era Istrefi) secure the #1 position in the Billboard Dance Chart.

Their single ‘Compilated’ with David Guetta and Kiiara ‘Complicated’ to date has amassed over 130 million streams on Spotify and 75 million YouTube views, whilst the recent All-Star line-up on one of the biggest songs of the summer 2019, ‘Instagram’, involving the likes of Daddy Yankee and Natti Natasha continues to grow with more than over 32 million YouTube views and in excess of 95 million streams on Spotify. These releases add to an already impressive body of collaborative work that to date includes studio time with the crème de la crème of artists in Gucci Mane, Armin van Buuren, Ummet Ozcan, Martin Garrix, Hans Zimmer, Fatboy Slim, Wiz Khalifa, Afrojack and Kid Ink.